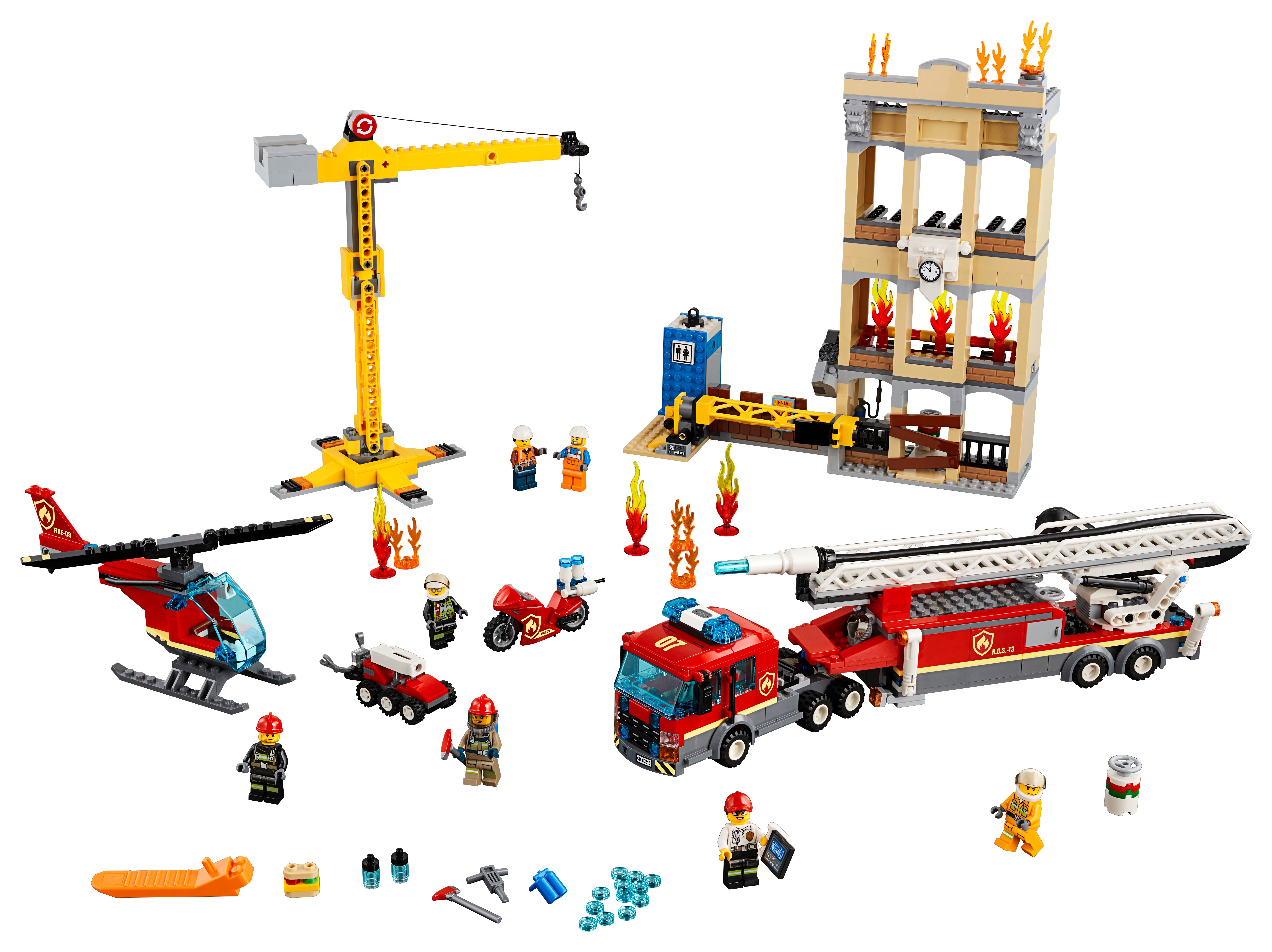 Grab your firefighter gear; it’s time to save the day! The LEGO® City construction workers have accidentally knocked over a lamppost and started a fire at downtown work site. Turn on the lights and siren on the fire ladder truck and race to the scene. Hey, better grab that porta-toilet with the crane and move it out of the way. Whoa! Oops, sorry about that! Use the trusty fire axe to chop through the boards so R.O.S.-T3 the ROV can battle the flames. Extend the ladder and use the water pump to fight the fire on the roof of the burning building. Can you put out the fire before it gets out of control? It’s another exciting day on the LEGO City Fire crew!• Includes 7 LEGO® City minifigures: 2 construction workers, a pilot and 4 firefighters. • This creative toy set features a 3-level building with roof, attached construction area with fence, tool holders, falling lamppost and a porta-toilet with removable top and front, plus a free-standing crane with rotating arm and functioning winch with hook. • The building toy set also features a large fire ladder truck with new-for-January-2019 working light and sound brick, extending stabilizers, opening storage space on the side and front, extending/swiveling turntable ladder and a fire hose with new-for-January-2019 pump system with ‘water jet’ function. • This great set also includes a fire rescue helicopter with opening cockpit, spinning rotors and new-for-January-2019 3-stud shooter, R.O.S.-T3 the remote-operated vehicle (ROV) with extending claws and new-for-January-2019 3-stud shooter, plus a fire motorbike. • Accessory elements include 2 warning lights, a radio, 2 sets of smoke gear, 12 water elements, jackhammer, sandwich, 2 water bottles, remote-control element for the crane, 2 new-for-January-2019 fire axes and a remote-control element for R.O.S.-T3 the ROV, plus 9 toppling, buildable fire elements. • Swing the crane around and lift the porta-toilet into the air with the winch. • Press the fire ladder truck light and sound brick as you race the firefighters to the scene. • Raise the ladder and squeeze the bellows to launch the water elements and knock the fire elements down. • Load and push the plungers on the 3-stud shooters of the helicopter and R.O.S.-T3 the ROV to help battle the blaze. • This amazing set includes over 900 pieces. • Building with construction area, incl. lamppost and porta-toilet, measures over 10” (27cm) high, 8” (22cm) wide and 4” (12cm) deep. • Fire ladder truck measures over 3” (8cm) high, 15” (39cm) long and 2” (6cm) wide. • Crane measures over 9” (24cm) high, 8” (21cm) long and 4” (11cm) wide. • Helicopter measures over 3” (8cm) high, 7” (19cm) long and 1” (4cm) wide. 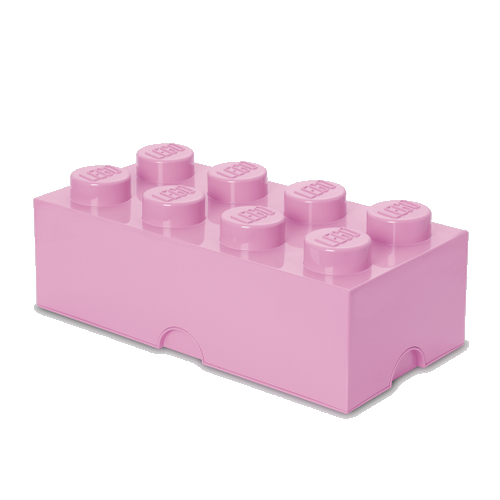 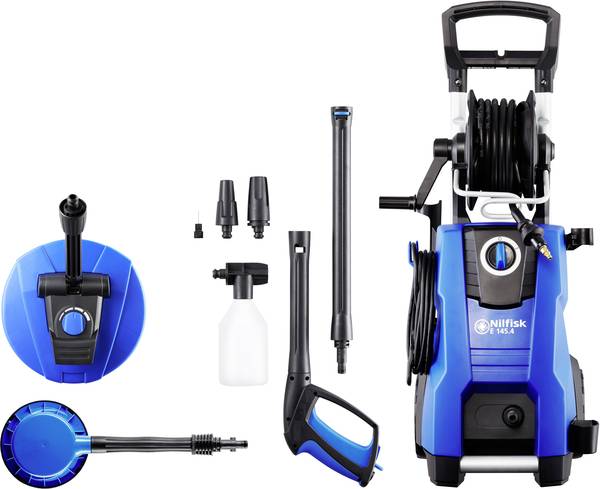 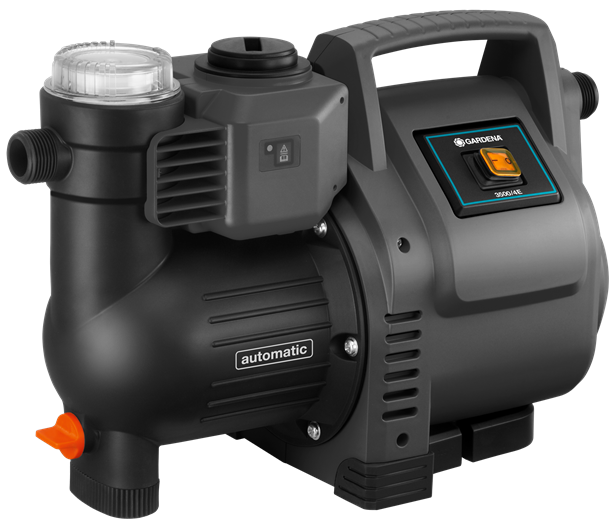 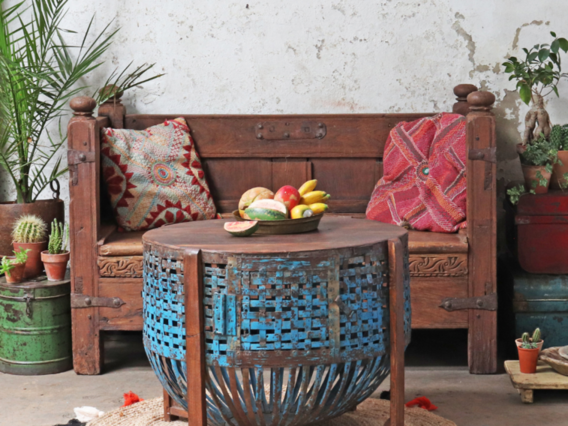 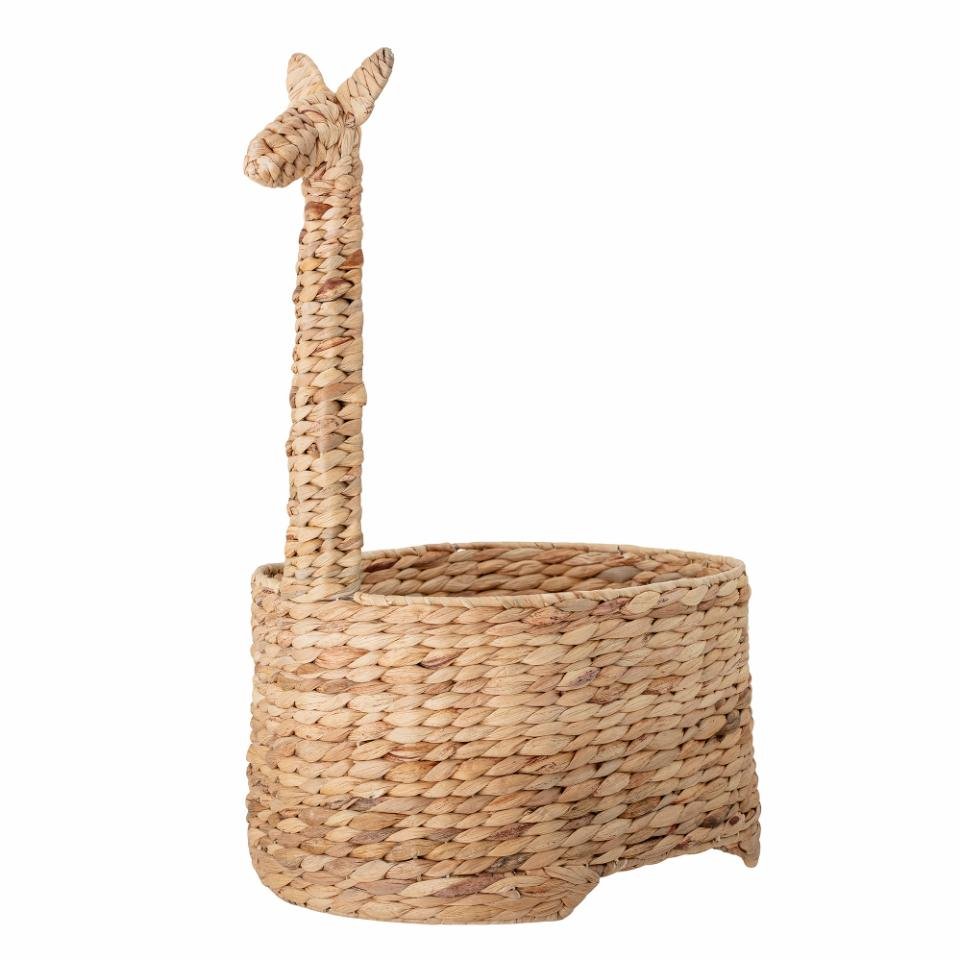 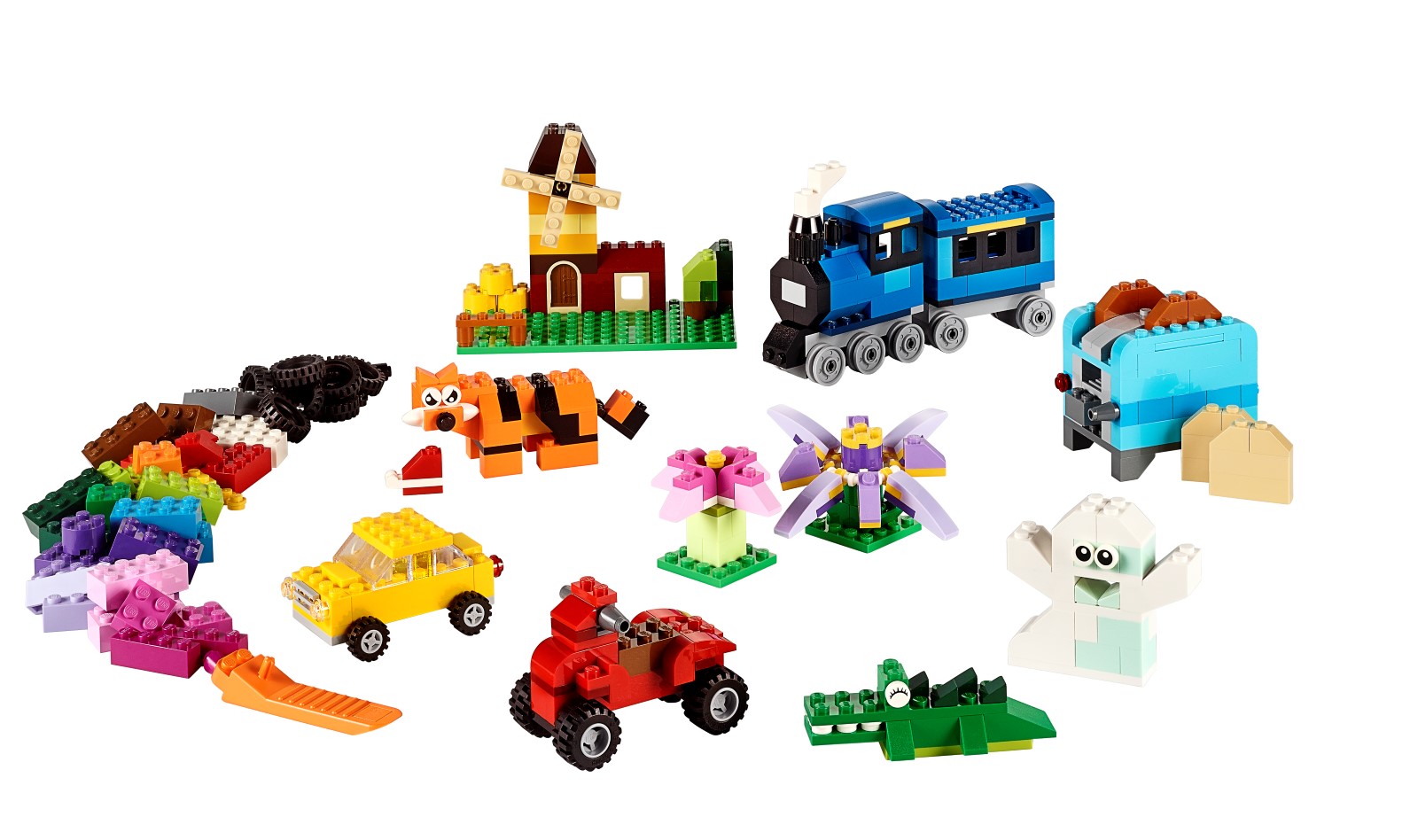 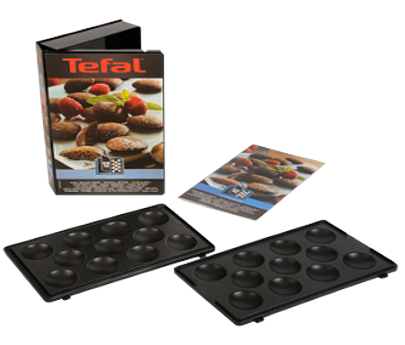 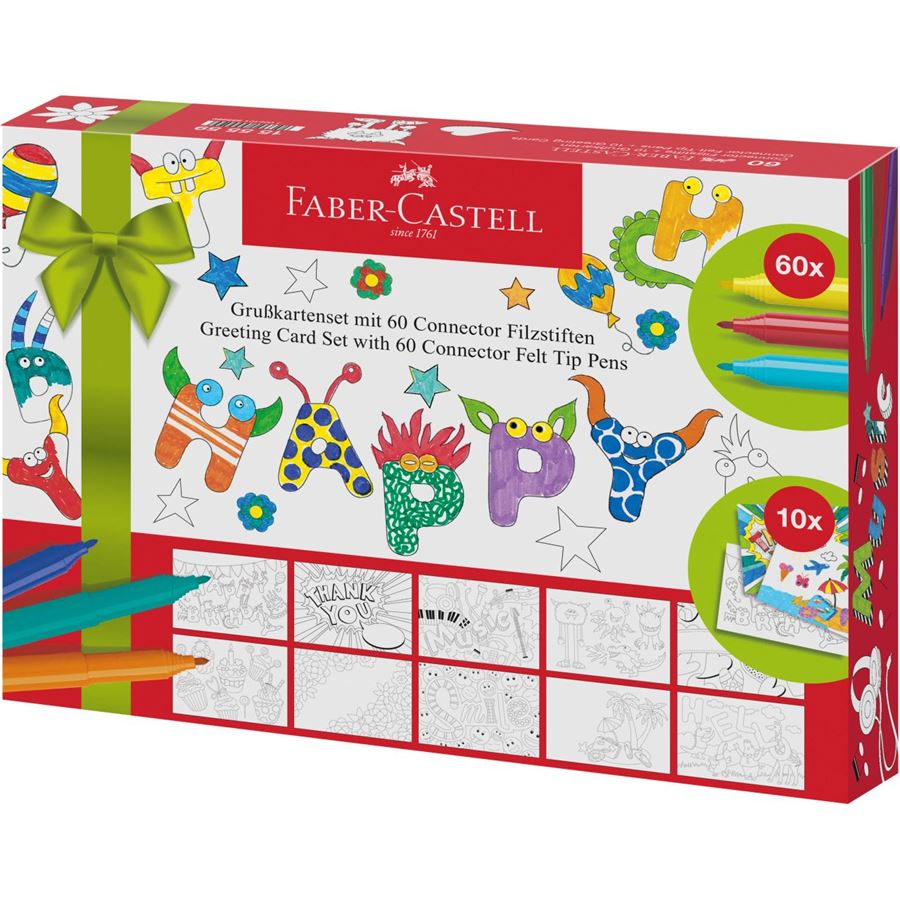 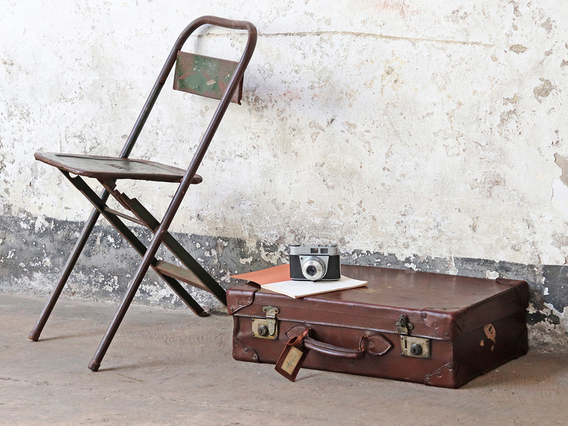 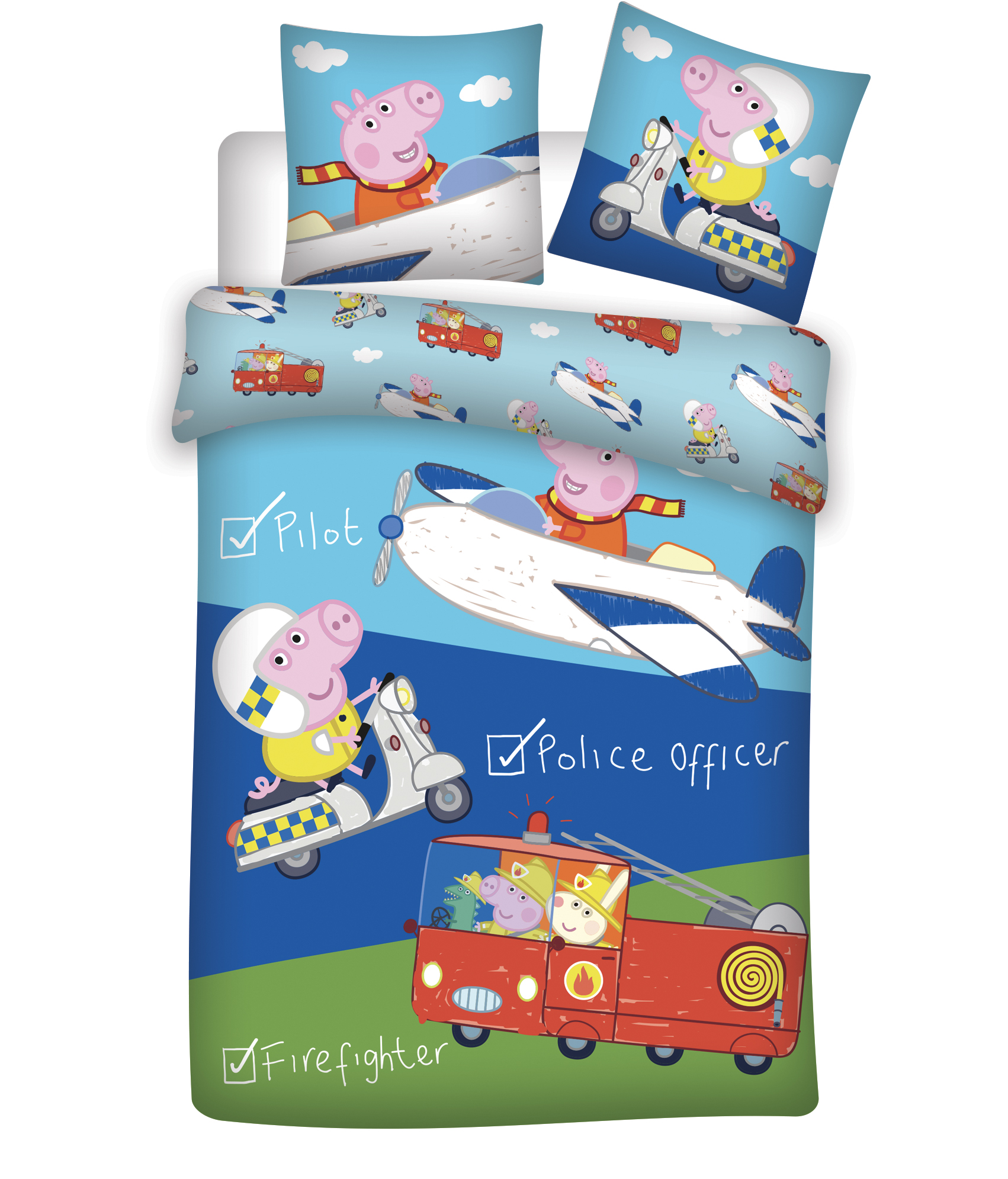 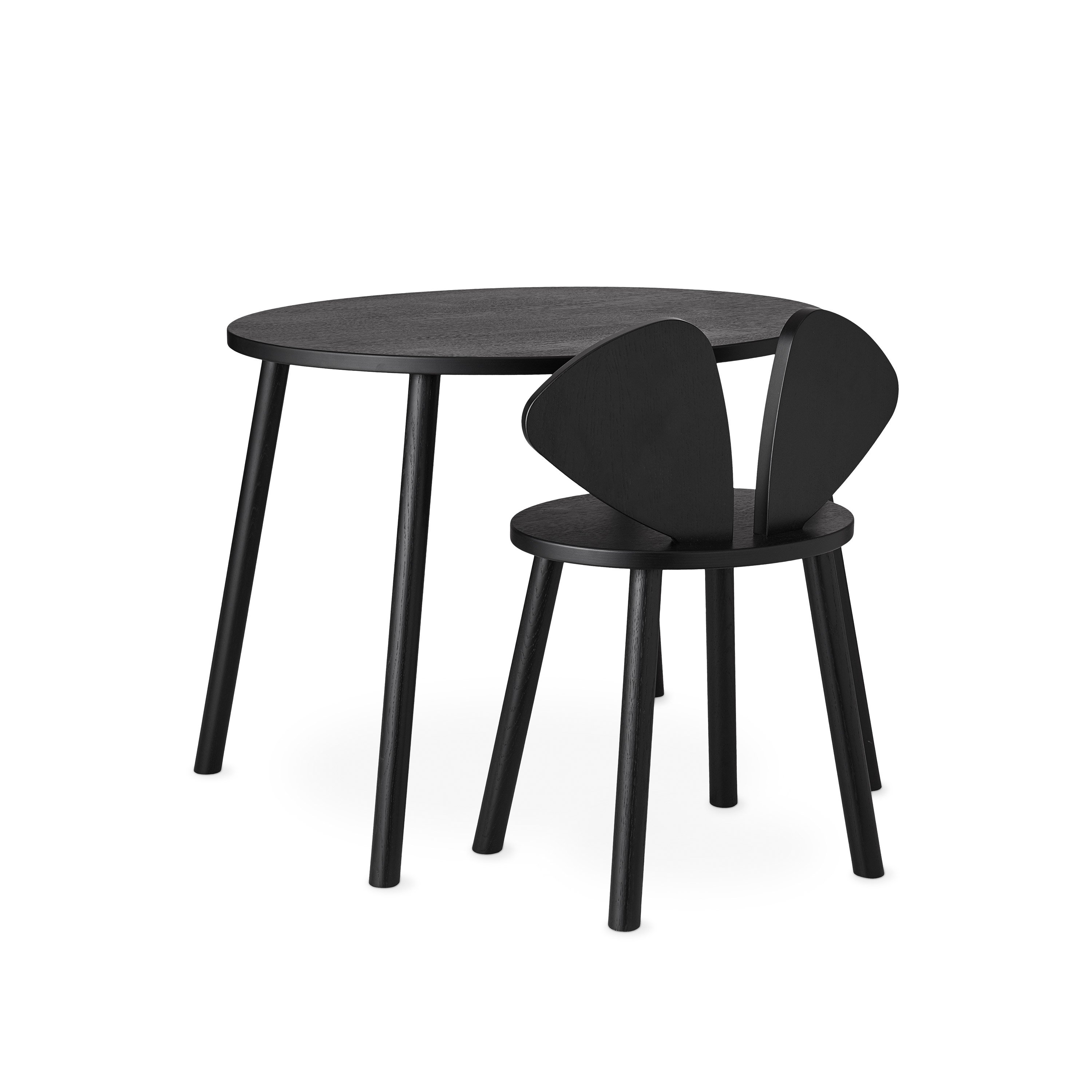